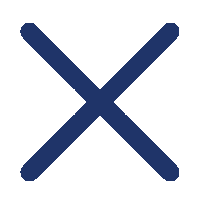 Lead the green industrial
revolutionenjoy the technology quality of life

Vegan leather is becoming more popular every day, and there are many reasons why.

Vegan leather is made from plant-based materials, which means it's environmentally friendly. It's also cruelty-free, which is great news for animals. Plus, it just looks nicer than traditional leather. If you're thinking of switching to a vegan lifestyle, or if you're already vegan and want to explore some new vegan leather options, read on for some inspiration!

Vegan leather is growing in popularity, with many people preferring it to leather that is sourced from animals. There are many benefits to using vegan leather, including reducing environmental impact, being cruelty-free, and avoiding the use of animal products.

Leather is a traditionally animal-based material that has been used for footwear, belts, and other accessories. Many people are now choosing to go vegan and ditch leather products in favor of synthetic materials. Some people believe that leather is an inherently cruel product because the animals who are used to produce it (usually cows) are often abused and treated poorly before they are killed. Others believe that there are other, more ethical, options for footwear and accessories.

Vegan leather may not seem like a big deal, but it is actually a very powerful and sustainable product. Leather is made from the skin of animals, and as such, it is an environmentally destructive product. Vegan leather is made from plant materials, and as a result, it is much more sustainable. It also doesn't contain any harmful chemicals or dyes.

Vegan leather is becoming more popular than ever before, and there are a variety of reasons why.

Vegan leather is becoming more popular as more people become aware of the benefits of a plant-based lifestyle. Leather is made from the skin of an animal, and so vegan leather is a sustainable alternative to traditional leather. Vegan leather is also environmentally friendly because it doesn't require the use of animals. Your information has been sent to us, we will reply you shortly